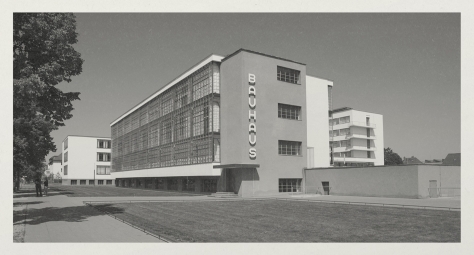 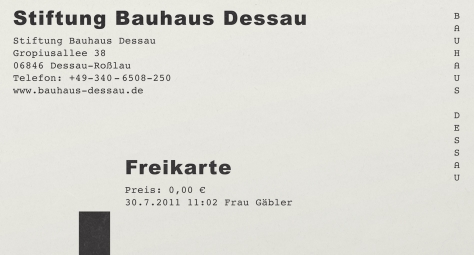 Entry ticket front and back.

Capital ‘A’ of Courier altered according to, the original logotype, designed by Herbert Bayer.

As soon as work began on the new identity for the Bauhaus Dessau Foundation it was clear that the identity, in the end, should relate more to the original ideas of the Bauhaus School instead of relying on the visual clichés i.e. circle, square and triangle, connected to the Bauhaus. Apart from stationery, brochures, posters, tickets, website etc. the new identity also involved the re-design of the wayfinding system for the famous Gropius Bauhaus Building. It was important to consider during the develop of the wayfinding system that a clear distinction could be made by visitors of what was part of the original structure and what new additions had been made.

A generic design seemed the best solution, in order to best make this distinction. The new identity was created by using strict typography, a minimalist layout, standardised formats and no colour. Being the most generic and incidental typeface, Courier was selected as the new corporate typeface. To ensure a unique and recognisable identity the capital ‘A’ of Courier was altered according to Herbert Bayer’s well-known logo on the front of the Bauhaus Dessau Building. Additionally, the new Bauhaus Dessau logotype is always set vertically. The entire typographic system consists entirely of common system fonts, an approach connected to the original Bauhaus ideology that demanded functionality and designs based on the potential of mass-production.

(With and for Hort.) 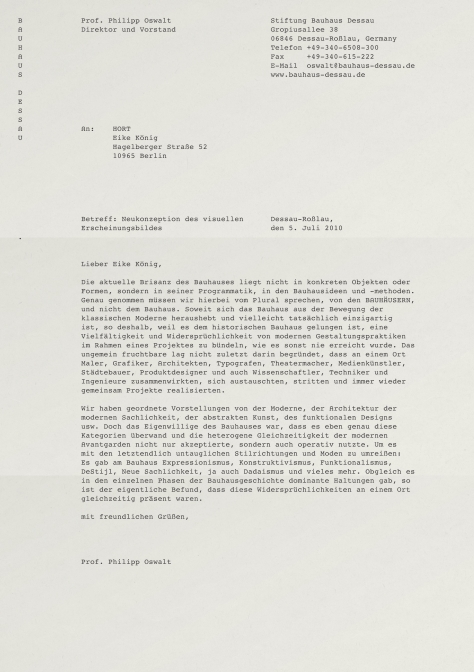 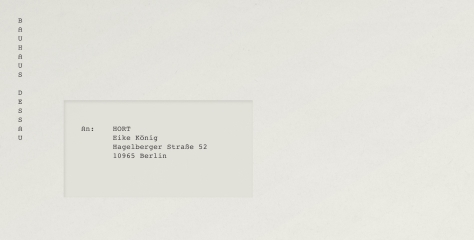 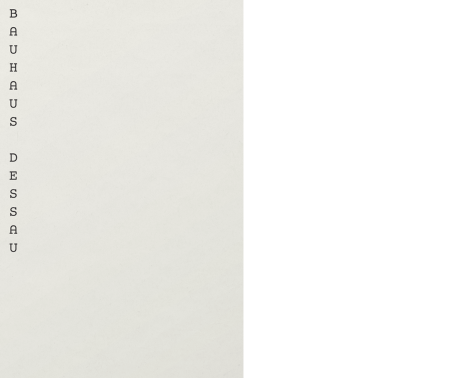 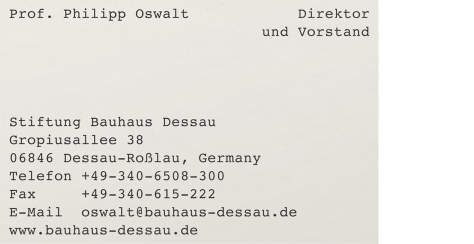 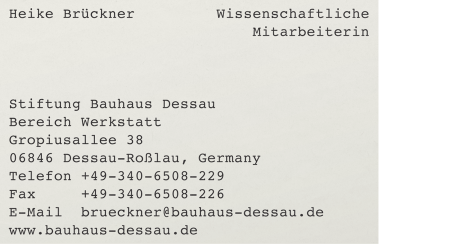 Logotype deliberately set vertically in order to mimic the original signage on the building. 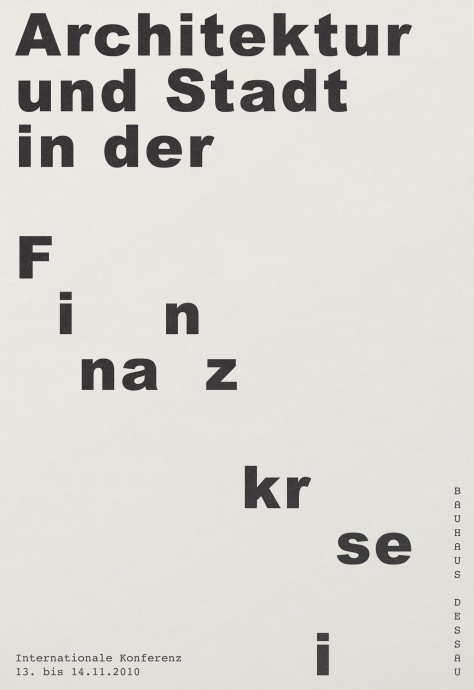 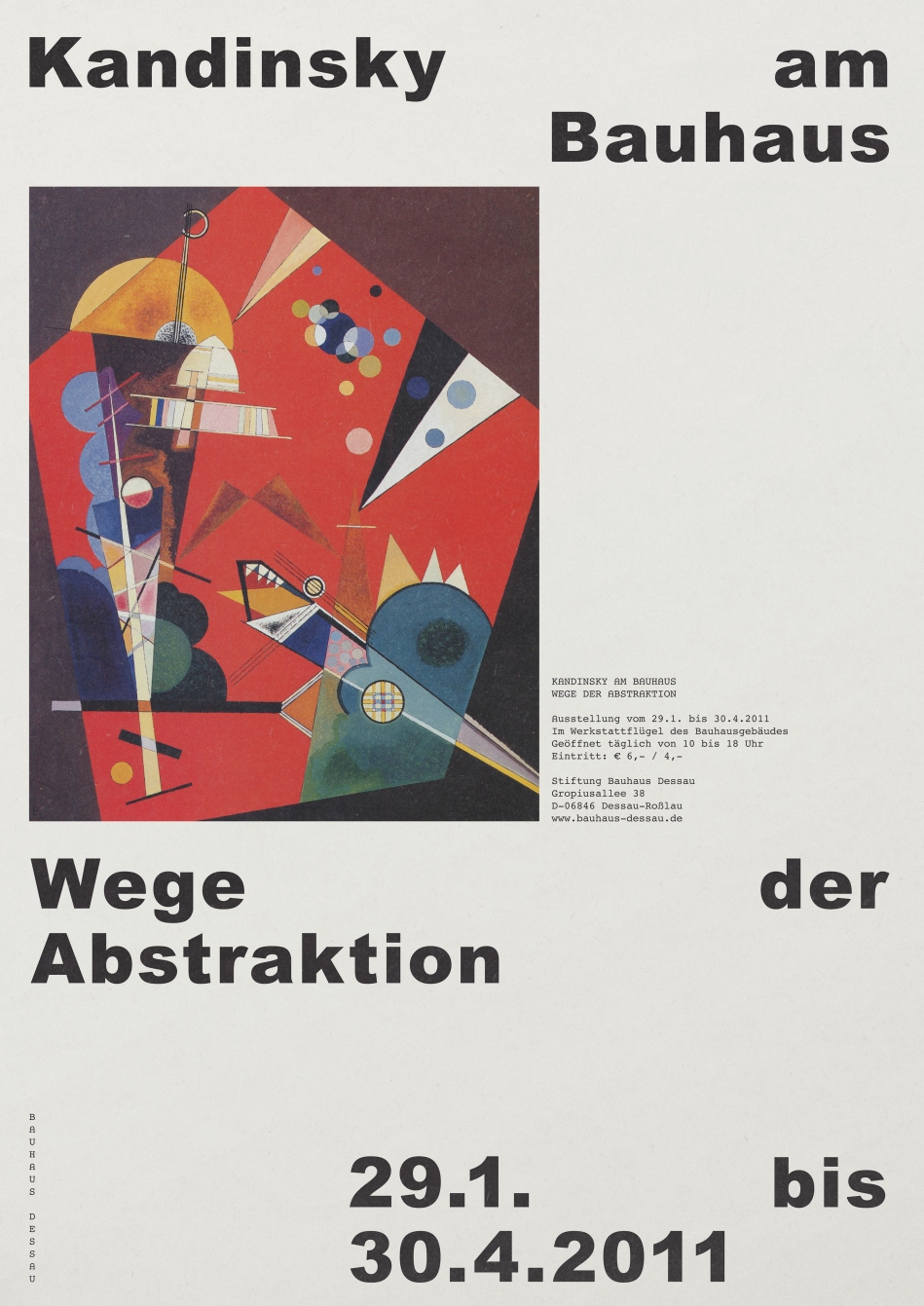 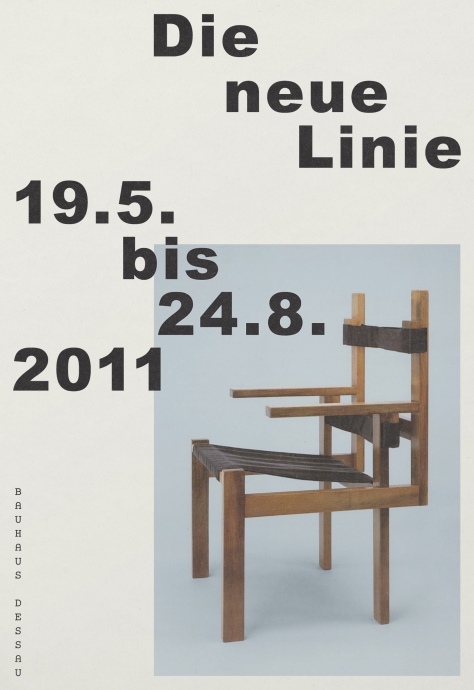 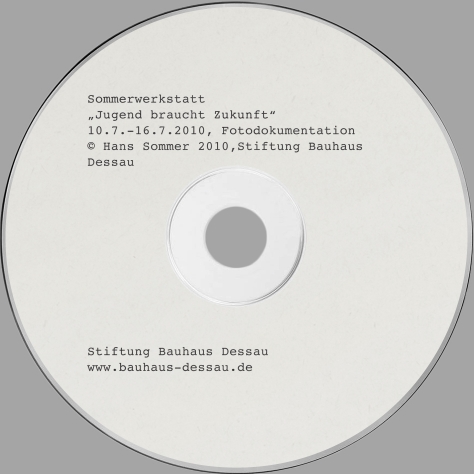 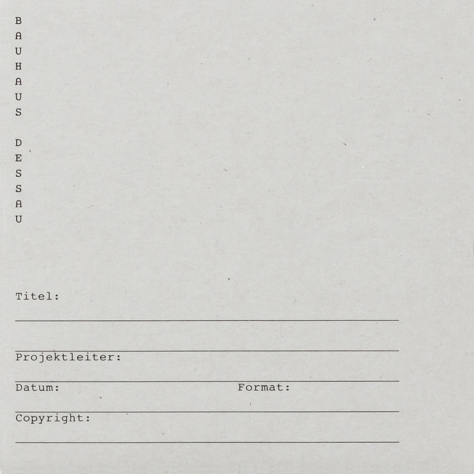 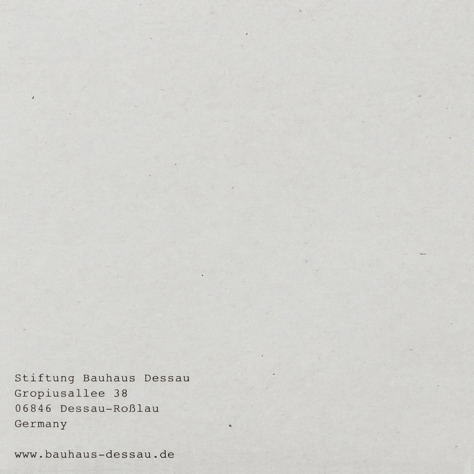 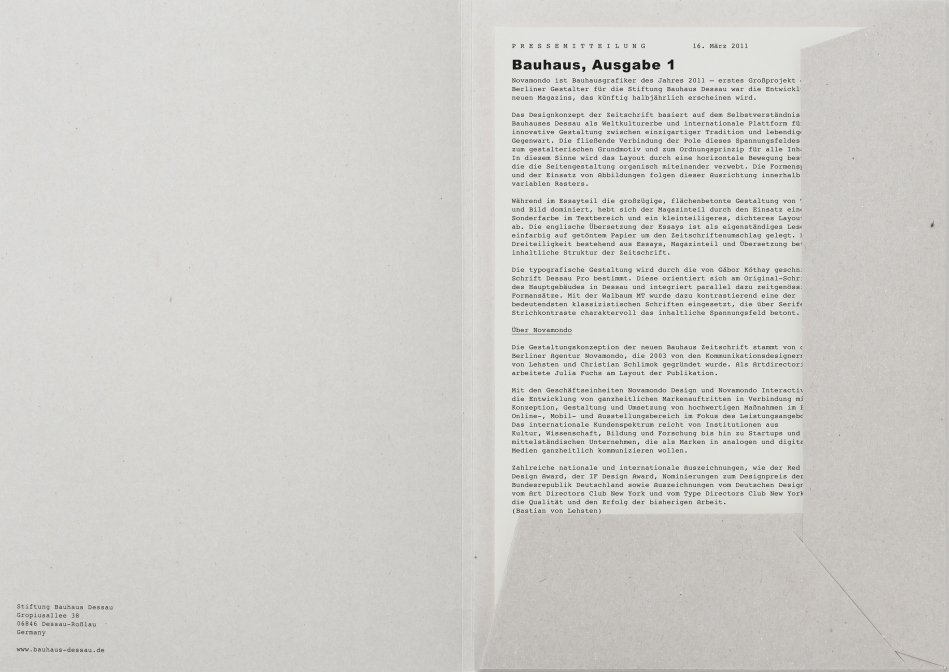